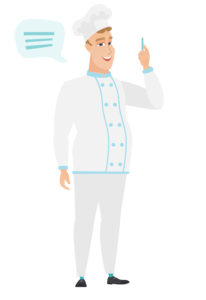 Social coaching is about observing the obstacles that are getting in the way of a child or teen, and depending on the nature of the child or teen, directly or indirectly pointing out what we see happening, and offering up some food for thought.

Here are some actual instances this past week where food for thought was needed:

A child who was repeating the word suicide and thinking it was funny, or trying to shock everyone. The food for thought there was to think about the possibility that someone in the group had lost someone they loved to suicide, and how funny would it seem to that person. It would not. It would be extremely hurtful.

One of my male teens deliberately inserted himself into a conflict that was occurring between four girls. His food for thought was why he felt the need to do that. Was it just for the thrill of being involved in the conflict or enjoyment of the drama? Was he trying to help? Was it a good idea to get involved?

And, the conflict that he was involved in? One of the girls was playing with a large exercise ball and refusing to kick it around and share it with the other girls. It developed into the girls trying to get the ball from her, arguing with her, and then ultimately excluding her from the group. Her food for thought? Was it worth having her own way to the detriment of having a relationship or friendship with the other girls? When the group started, they were all nicely interacting together. Does getting your own way (and being inflexible about it) overrule the desire or need for positive relationships?

Social coaching involves asking these questions and letting the child or teen do some thinking. Many times, once they have a chance to reflect for a few minutes, you will see the child or teen moving in a more positive direction. Other times, they stand by the negative choice. In those instances, the food for thought is that they have chosen the consequence of their choice, will need to live with the outcomes, and only they have control over whether or not they want to try a different dish at another time in the future.