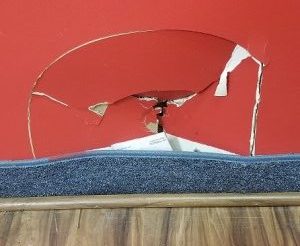 Most adults would fill in that blank with “so.” “Because I said so” is a phrase that kids hear pretty frequently. In my experience, when I am in the “because I said so” mode with kids, they either ignore my request in its demand form or increase the times they push up against that “so” and behavior increases rather than decreases.

Children are a pretty savvy group of people these days. If you think about it, it’s a good thing not to be a blind follower of what someone tells you to do. But how are we, as parents or adults who work with kids, get them to follow the rules or do as we ask?

It occurred to me one day running a group that maybe kids would do better if I explained the reasoning behind the request or the demand I was making. As an example, my group room has a slippery laminate floor, so we have a rule about not running and sliding in stockinged feet. Over and over, my staff and I found ourselves being on kids for doing precisely what we asked them not to do. “Because I said so” wasn’t working. I sat them all down, and I said that I wanted to try something different. I explained that I realized that many times, grownups said, “because I said so” about something and never told kids why. I noted that grown-ups don’t make up rules to be mean or to stop kids from having fun. So I said from now on, I would tell them “why” I had a specific rule or made a particular request.

In the example above, I told the kids that the rule about not sliding around in their stockinged feet was first and foremost to keep them safe from falling and hurting themselves on a hard and unforgiving surface. The second was to keep the walls of our group room from getting damaged. It happened three times when sliding feet turned into knees through the wall. I keep one of those holes unrepaired and covered by a bookshelf as an example of the “why” I have that rule, and I show it to kids who need to see it to understand.

I promised the kids that from now on, I would work hard to say “because I said and why” instead of “because I said so” and that they were allowed to ask me “why” if I should forget. One of the boys breathed a sigh of relief and said, “Miss Donna, why can’t all adults do that?” Well, maybe this idea might catch on, and this guy’s wish will come true. It only takes a minute to give a child a “why.”